“…sin is crouching at your door; it desires to have you, but you must rule over it.”

What must it have been like to wake up the morning after being banished from the perfect paradise called Eden.   Adam & Eve must have experienced an overwhelming sense of grief at the consequences of their disobedience.  Their sense of loss, loneliness and separation must have been acute as they were driven from their home.  Driven from their place of security and protection and alienated from God.   The only hope for Adam & Eve and all mankind was the promise by God that one day a Saviour would destroy the Serpents power.  “Perhaps,” thought Eve, “My firstborn will be the one who takes away my sin and restores harmony to the world.”  Eve was wrong.  Cain was not the promised offspring who would slay sin. Instead he would slay his brother in anger, bitterness and rebellion.   Adam & Eve did not have to wait long to see God’s judgement of death come to pass as their second son was slain and their first was banished from the presence of God. 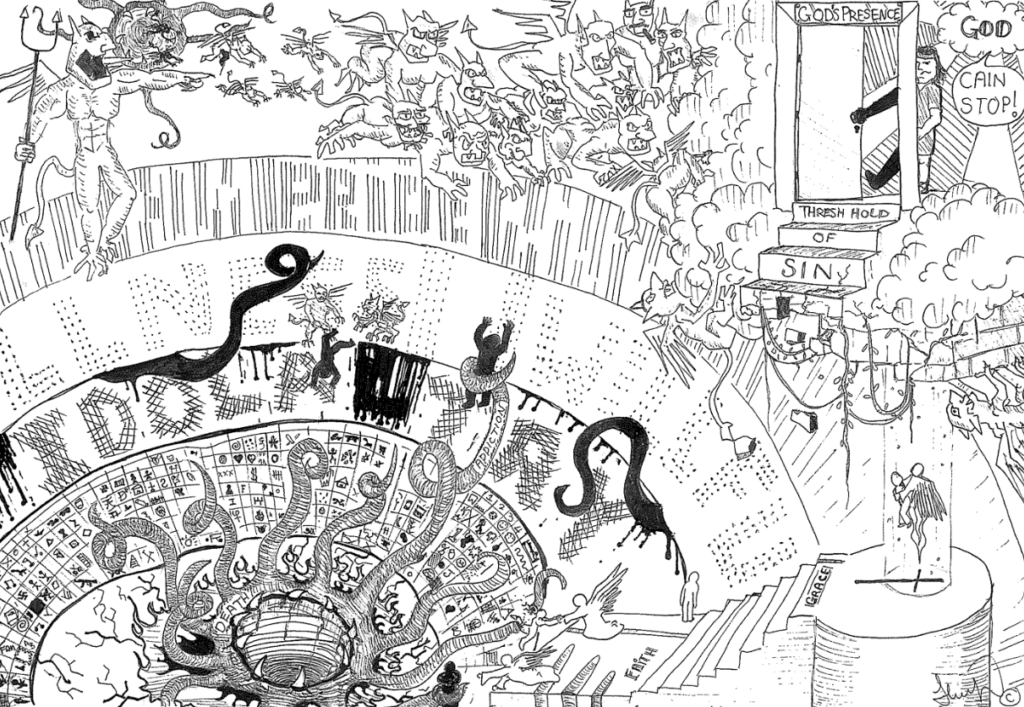 Cain’s resentment and arrogance toward God was evident when he presented his sacrifice. I think he deeply resented his parent’s banishment from the Garden. Perhaps the place of sacrifice reminded him of his loss and highlighted God’s exacting standards.  It was far easier, more convenient and comfortable to bring some fruit as an offering. He thought God ought to be pleased because at least he was trying to keep the ‘letter of the law’ even if his heart wasn’t in it. Cain was wrong. Cain’s attitude of arrogance produced an air of apathy. He brought whatever he could spare, his leftovers, a last-minute thought not his best as an act of worship. God was not obliged to accept Cain’s leftovers.

Is your sacrifice and service to God something acceptable? Or are you offering Him your leftovers?  Perhaps other things come before God? God refuses to accept second place. God accepted Abel’s worship because it reflected his theology. Abel prioritised God. Abel, with a heart of faith, sacrificed the best of the best to the LORD. Was Cain’s offering just a misunderstanding, when it was rejected?  No! it wasn’t. Cain had plenty of opportunity to admit he was wrong and seek forgiveness from God.  Rather than repentance Cain hardened his heart and refused to do what he knew to be right. The real problem was not his brother or his sacrifice but the attitude crouching within. God in His infinite love and mercy reached out to Cain. However, Cain was so angry over the rejection of his offering that he could not be talked out of his intended sin.

What sin is crouching at your door?

You must master it. You must get control. You must confess it to God. Ask God to cleanse you and release you from the power of sin through the blood of Jesus Christ. If you do not, sin will have mastered you. When your conscience is pricked it is a timely reminder to put something right that has turned ugly. Don’t be like Cain who ignored the warning sign. Cain refused to be corrected. Cain resisted confession. Cain rejected God’s company. He was on the run. Cain went away from God and towards destruction. How will you and I respond when sin crouches at our door? God help me!  I am sorry! Show me what to do so I am right with You. The enemy within longs to derail us with deception.  Resist Him! Draw near to God. Stand Firm!