At the moment it would be fair to say the world has been doing it hard.

The hard times are not over yet either: our economy has been threatened, our leisure and travel opportunities are limited, our schools and churches have been significantly disrupted. And all the while hanging over our heads is a virus that has impacted the world in a significant way and poses a serious threat to the vulnerable in our communities.

So how do we handle “hard” as humans and also as followers of Jesus?

First of all, it helps us to know that this is not the world God intended humans to inhabit.

God looked over all he had made, and he saw that it was very good!

“Hard” is the result of the fall.  Genesis Chapter 3 tells the story of how it all went belly – up.

Secondly, we can look to Jesus to see how he handled ‘’hard.” Normally “comparison is the thief of joy” but in some cases it can also help us to get some perspective. 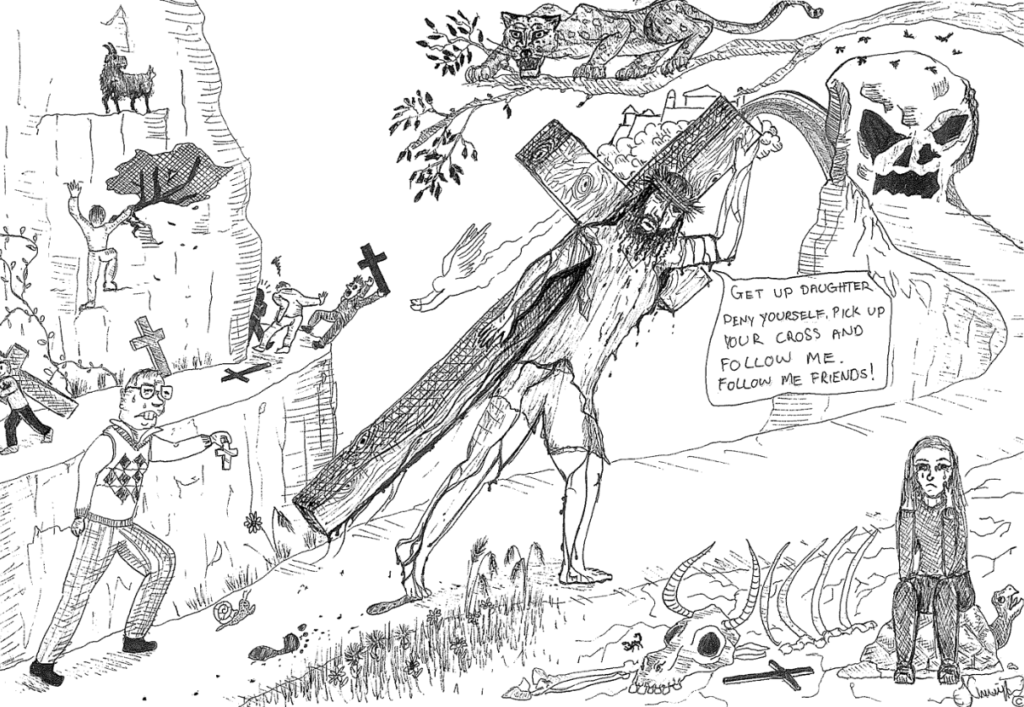 Jesus was born a human. Now there are worse things to be born: a cockroach, a rat etc but for the Creator, the Son of God, one of the Trinity, being born a human is a pretty significant step down.

Jesus is also born into poverty and in a political time in history that posed a risk to his very existence. In his young years, his family is forced to temporary exile in another country.  We skip over this part quickly often, in our readings, but if you stop to think about what that would have been like for his family – it is safe to say it was a big upsetting, scary, event.

Jesus grows up and starts his ministry, in Israel, a land that has been conquered by another nation.  When I am teaching kids, this concept I often tell them to imagine what it would feel like if Australia conquered our country and ruled over us.  I like Australians, even love a few of them, but I would not want them to be lording it over us and ruling our country.  It gives me a sense of what it felt like to be Jewish in these times having to bow and scrape to another authority.

As Jesus commenced his ministry, he is met time and time again with resistance, sarcasm, backstabbing and undermining from those who should have been his biggest allies, the Jewish religious teachers, and leaders of the people.

He also finds a group of men to disciple and these men are well…. let’s face it they are rough diamonds at best.  One of them is stealing from him and will sell him out, another rides an emotional rollercoaster with big highs and big lows, others bicker amongst themselves and desire to be most favoured.  All of them frequently misunderstand and doubt Jesus and his decision making.

Jesus birth and his life were not easy so what does Jesus do to cope? He turns to the one thing in his messed-up world that is true, safe, consistent, unchanging, and all-knowing.  His Father. Jesus consistently models his dependence on his Father; retreating to pray, pausing to pray, thanking God, reflecting on scripture.

Jesus did not shy away from hard things – did they cause him concern? Yes!

And being in anguish, he prayed more earnestly, and his sweat was like drops of blood falling to the ground.

This verse is recorded just before Jesus is arrested.  The journey to the cross has begun. It was torturous, insulting, unfair, ridiculous, cruel, and it was hard, but ultimately the hardest thing was yet to happen.

As Jesus hangs on the cross he becomes that which will separate him from his one refuge.  Thus, as sin engulfs Jesus, God turns his face away.  Jesus cried out in a loud voice,

My God, My God, why have you forsaken me?

Because of what Jesus went through we are given the chance to be in a position of never having God turn away from us.

… that neither death nor life, neither angels nor demons, neither the present or the future, nor any powers, neither height nor depth nor anything else in all of creation will be able to separate us from the love of God that is in Christ Jesus our Lord.

How is that for perspective?

Our hard things are hard, but they are also temporary.

…Forgetting what is behind and straining towards what is ahead.  I press on toward the goal to win the prize for which God has called me heavenward in Christ Jesus.

That hard thing was done by Jesus.